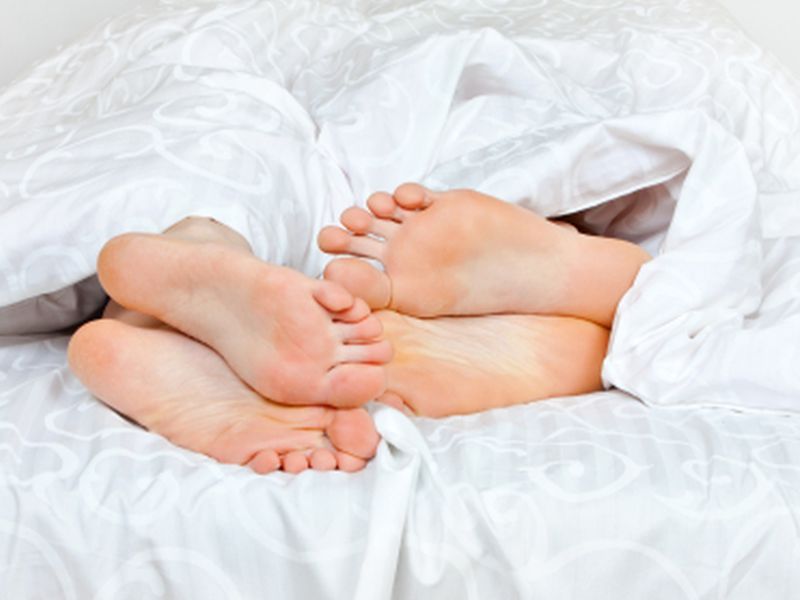 For women, a humdrum sex life might also mean an earlier onset of menopause, a new study suggests.

British researchers who tracked the sex lives and menopausal status of nearly 3,000 American women for a decade found that those who had less sex were more likely to begin menopause at an earlier age.

Women's bodies may react to a lessening of sexual activity on a "use it or lose it" basis, the research team theorized.

"The findings of our study suggest that if a woman is not having sex, and there is no chance of pregnancy, then the body 'chooses' not to invest in ovulation, as it would be pointless," explained study first author Megan Arnot.

"There may be a biological energetic trade-off between investing energy into ovulation and investing elsewhere, such as keeping active by looking after grandchildren," said Arnot. She's a Ph.D. candidate in anthropology at University College London.

One U.S. expert said it highlights another possible "plus" to good sexual health for women.

"Doctors have long known that there were many benefits from continued sexual activity," said Dr. Jennifer Wu, an obstetrician/gynecologist at Lenox Hill Hospital in New York City.

She pointed out that a later menopause can mean stronger bones and better cholesterol levels.

In the study, Arnot's group analyzed data from nearly 3,000 women who were first interviewed at age 45 in 1996-1997. None had yet entered menopause, but 46% were starting to have "perimenopausal" symptoms, such as changes in their period cycle and hot flashes (perimenopause). Fifty-four percent had no signs of perimenopause.

During more than 10 years of follow-up, 45% of the women began natural menopause, with the average age of onset being 52.

Whether or not a woman actually lived with a partner didn't seem to influence the results, the researchers noted.

The study was published Jan. 14 in the journal Royal Society Open Science.

The findings dovetail with what anthropologists have dubbed the "Grandmother Hypothesis."

This theory suggests "that the menopause originally evolved in humans to reduce reproductive conflict between different generations of females, and allow women to increase their inclusive fitness through investing in their grandchildren," Arnot explained in a university news release. So, a cessation of sexual activity might send a signal to begin that physiological transition, she said.

Dr. Mitchell Kramer is chair of obstetrics and gynecology at Northwell Health's Huntington Hospital in Huntington, N.Y. Reading over the new findings, he noted that prior studies have found that married women tend to enter menopause later than single women. One theory to explain that trend is that married women might have more frequent sex.

"All women will eventually experience cessation of menses and go into menopause, but increasing frequency of sexual activity in some way affects the reproductive system to delay the menopausal changes," Kramer said.

Still, Kramer believes that individual women shouldn't put too much importance on the findings.

The U.S. Office on Women's Health has more about menopause.