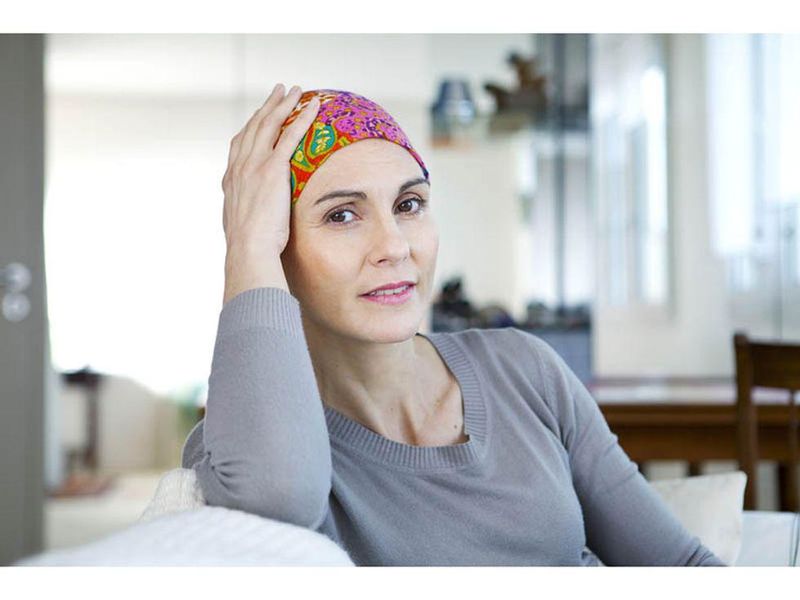 A targeted therapy, trastuzumab deruxtecan (T-DXd), sold as Enhertu, triples the length of time that the cancer remains in check when compared with the current gold standard, trastuzumab emtansine (T-DM1).

Both of these drugs are second-line treatment options for HER2-positive breast cancer that has continued to spread after initial therapy.

Up to 20% of breast cancers are HER2-positive, meaning there's too much of a protein called human epidermal growth factor receptor 2 on the cell's surface, causing the cancer to act more aggressively, explained Hurvitz.

Currently, the first-line therapy for women with this type of breast cancer is HER2 antibody therapy with pertuzumab/trastuzumab plus chemotherapy. If the cancer progresses, the standard care is to switch to T-DM1 (sold as Kadcyla), which comprises trastuzumab and chemotherapy.

But the new study may change this paradigm, Hurvitz said.

Given intravenously, T-DXd attaches to the HER2 protein, blocking its growth, and delivers high concentrations of chemotherapy directly to cancer cells that overexpress HER2.

The new study was funded by T-DXd manufacturers Daiichi Sankyo Inc. and AstraZeneca.

In the study of 524 women with HER2-positive breast cancer, those who received T-DXd had a 72% improvement in their progression-free survival compared to their counterparts who were treated with T-DM1.

"This drug really lengthens progression-free survival time or time before a patient needs to switch therapies because the one that they are on has stopped working and their disease gets worse," Hurvitz said. "This is very good news for patients."

In addition, tumors shrank in close to 80% of women taking T-DXd, compared to only 34% treated with T-DM1. Fully 16% of T-DXd-treated women showed no evidence of disease at one year, the study showed. The new drug seemed to work especially well in women whose breast cancer had spread to their brain, Hurvitz said.

The findings were presented this weekend at the annual meeting of the European Society for Medical Oncology. Research presented at meetings is typically considered preliminary until published in a peer-reviewed journal.

Outside experts are equally enthusiastic about the study findings and what they may mean for women with advanced HER2-positive breast cancer.

"T-DXd represents a new standard of care, used in place of TDM-1, in advanced HER2-overexpressing breast cancers," said Dr. Charles Shapiro. He is a professor of medicine, hematology and medical oncology at Icahn School of Medicine at Mount Sinai and a medical breast oncologist at Mount Sinai Tisch Cancer Center in New York City. "The world is brighter for women with HER2 overexpressing breast cancers."

"This study may lead to a change in the standard of care for patients with metastatic HER2-positive breast cancer," said Dr. Jesus Anampa Mesias, a medical oncologist at Montefiore Einstein Cancer Center in New York City. "The results of this study are impressive and unprecedented [and] will definitely change how I care for women with metastatic HER2-positive breast cancer."