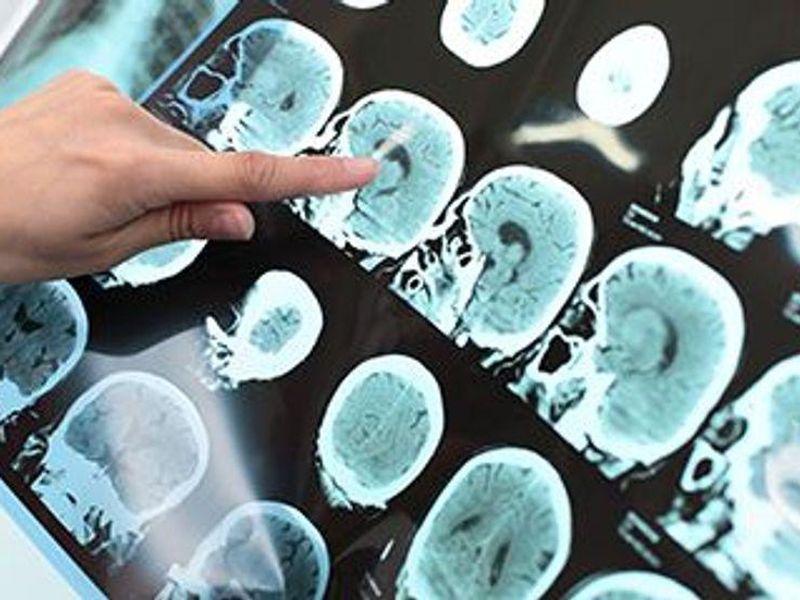 When people suffer a severe head injury, it's hard to predict how they will fare in the long run. But a new study suggests that something fairly simple — measuring a protein in the blood — could help.

The protein, called neurofilament light (NfL), is a component of the nerve fibers brain cells use to transmit signals. Damage to those fibers (called axons) is known to foretell a higher risk of poor outcomes in people with serious brain trauma.

"Accurately measuring the (axonal) injury is important to predicting outcomes," said lead researcher Neil Graham, a lecturer in neurology at Imperial College London in the United Kingdom. "We show that the [NfL blood test] does this very nicely."

Graham said the findings strengthen evidence that NfL blood tests are ready to be used in routine care.

"In my view, like any new tool with a convincing evidence base, it should be carefully incorporated into clinical practice so that patients can benefit," he said. "We're going to be doing so in the coming months."

Traumatic brain injuries (TBIs) include milder forms, like concussion, as well as more severe injuries that can be fatal or leave people seriously impaired.

Severe TBIs kill thousands of Americans each year — including 61,000 in 2019, according to the U.S. Centers for Disease Control and Prevention.

Among survivors, many are left with physical disabilities and problems with memory and thinking that limit their ability to work or care for themselves.

But for any one patient with severe TBI, it's challenging to predict how things might go, said Dr. Christopher Giza, a neurologist at the University of California, Los Angeles.

Right now, he explained, doctors use signs of responsiveness — such as whether patients can answer questions, or move when asked — along with CT scans, which can pick up problems like bleeding in the brain.

But those methods have limits. The new findings suggest that measuring NfL could add useful information to those current methods, said Giza, who is also a fellow with the American Academy of Neurology.

In addition to standard assessments and CT scans, the patients had multiple measurements of their blood NfL levels. A majority also underwent MRI scans 10 days to 6 weeks post-injury, to look for evidence that NfL levels correlated with signs of damage to the brain's axons.

In general, the study found, patients' NfL concentrations rose 10 days to 6 weeks after the injury. And the higher those levels, the more likely patients' MRI scans were to show degeneration in the brain's white matter — the tissue that contains axons.

Finally, patients with higher NfL levels turned out to have more disabilities one year later.

As an additional check to see that those NfL levels were specifically reflecting axon injury, the researchers measured blood NfL in other trauma patients who did not have brain injuries. Those patients did have elevated NfL, but the levels seen in TBI patients were 5 to 15 times higher, and the difference increased over time.

Giza praised the way the study linked NfL levels not only to patients' outcomes, but to the "underlying brain biology."

"They really connected the dots," he said. "This is about as rigorous as you can get in testing a biomarker."

Giza also pointed to another finding: There was no clear connection between the findings of standard CT scans and NfL levels in the blood. Some patients with no visible problems on CT scans nonetheless had high NfL levels.

That, Giza said, suggests measuring NfL would "add something" to current methods of evaluating patients with serious TBI.

Graham said a more accurate picture of prognosis would give families and patients information they want. It could also influence longer-term care.

"If an individual has markers which suggest a high likelihood of poor outcome," Graham said, "we can target more therapy interventions their way (or) follow up more frequently and intensively."

Patients at risk of greater disability, he added, might also be candidates for clinical trials testing new treatments.

The U.S. Centers for Disease Control and Prevention has more on traumatic brain injury.