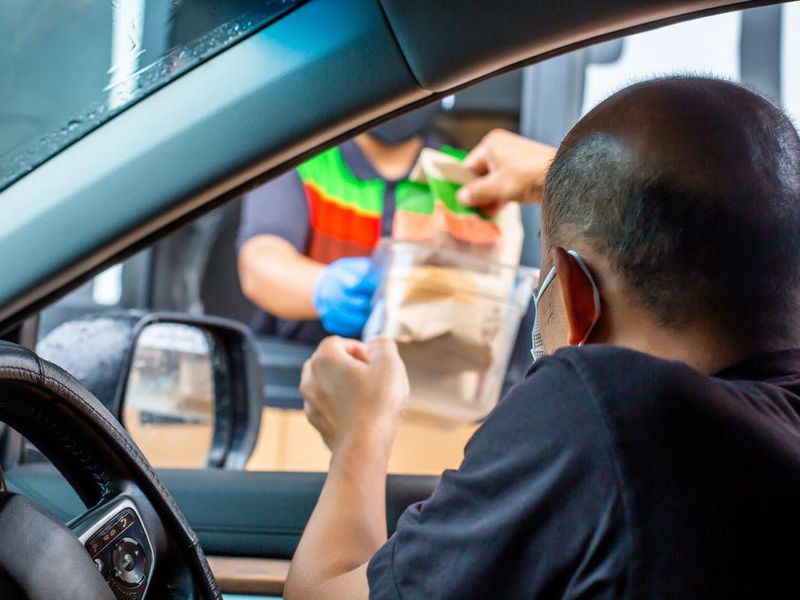 Living near a fast-food restaurant may provide a quick fix if you're famished and pressed for time, but it may boost your odds for type 2 diabetes, a large study of U.S veterans suggests.

Neighborhoods with more supermarkets, however, may protect you against developing diabetes, especially in suburban and rural areas, the researchers said.

"The food availability choices in your environment really matter across the country and in a variety of different environments," said study co-author Lorna Thorpe. She is a professor of population health at NYU Langone Health in New York City.

For the study, Thorpe and her colleagues followed more than 4 million U.S. military veterans without diabetes who lived in almost all parts of the United States for five-plus years. The researchers tallied fast-food restaurants and supermarkets relative to other food outlets in four types of neighborhoods: high-density urban; low-density urban; suburban; and rural.

During the study, just over 13% of the veterans were diagnosed with type 2 diabetes, the form of the disease most closely tied to obesity. The more fast-food restaurants the study participants had within walking distance of home, the greater their risk of developing diabetes in all four types of neighborhoods.

By contrast, those in suburban and rural areas who lived near supermarkets were less likely to develop diabetes during the study period, the findings showed.

Enacting measures that limit the number of fast-food restaurants or increase supermarkets in target areas may help buck these trends, the study authors suggested.

"If we restrict access to unhealthy food and increase access to healthy foods, we may decrease risk for weight gain and the development of diabetes," said lead author Rania Kanchi, a data analyst at NYU Langone Health. "Improving the healthy versus the unhealthy ratio of food that is sold in these settings may also make a difference."

The new study did have its share of limitations. All participants were U.S. veterans, a population that tends to be predominantly male and have more health and financial issues than non-military folks.

The findings were published online Oct. 29 in JAMA Network Open.

Experts not involved with the study agreed that a person's environment does influence their food choices, but stressed that this doesn't mean people are doomed or saved based on their ZIP codes alone.

Cooking at home more often and making smarter choices at fast-food restaurants can go a long way toward improving health and preventing diabetes, they pointed out.

"Buying food from the grocery store, preparing it and making more than is needed allows us to eat something more healthful at home before we go out so we are not encountering these places in a hungry state when we make worse choices," said Dr. Minisha Sood, an endocrinologist at Lenox Hill Hospital in New York City.

If you're hungry and find yourself at a fast-food restaurant, choose wisely, she added.

"Go for the plant-based options, or try to order something not fried," Sood suggested.

"If you really want the fries, have them … but opt for the smallest size," she said. "Feel free to order from the kids' menu as these items are more realistic in size and lighter in calories, carbs, fat, sugar and sodium."

Fast food may seem tempting from a budget standpoint, but it adds up quickly and doesn't go very far, Bauer added.

When you do go food shopping, choose convenient and semi-prepared foods that are easy on your wallet. "Frozen veggies, store-bought rotisserie chicken and packaged pre-cut veggies are a cook's best-kept secret," she said.

Another pro tip? Foods that are in season are always less expensive, Bauer said.

"Canned or dried beans and lentils are inexpensive and add a huge nutrition boost [fiber and protein] to your meals, and eggs are another usually inexpensive item that is packed with protein and super versatile," she noted.

Learn how to prevent diabetes at the American Diabetes Association.