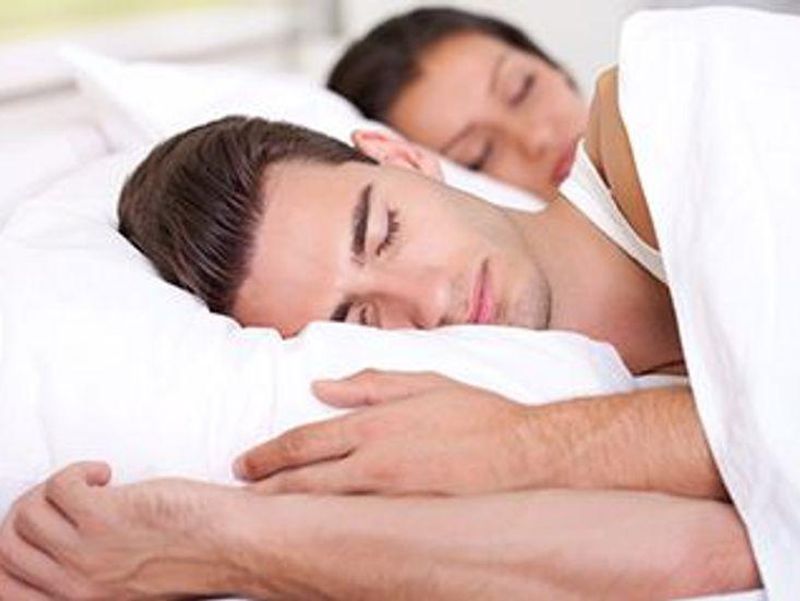 No 'Fall Back'? Sleep Experts Argue Against Daylight Standard Time

Most folks groan when the time comes to either "spring forward" or "fall back" an hour, with the waxing and waning of daylight saving time.

But that one-hour time shift — which occurs at 2 a.m. Sunday — is more than just a minor annoyance, sleep experts say.

Research has shown that deliberately messing with our internal clock twice a year increases our risk of accident, illness and death.

That's why the American Academy of Sleep Medicine (AASM) has called for an end to daylight saving time, arguing that permanent adoption of standard time is best for improving people's health.

"Over the last 20 to 30 years, there's been increasing research which has demonstrated that one hour, in fact, appears to be very important," said Dr. Muhammad Adeel Rishi, a pulmonology, sleep medicine and critical care specialist at the Mayo Clinic in Eau Claire, Wis. "This one hour of sleep loss can have lasting effects on health and safety. Standard time provides the best possible solution year-round for the health and safety of society as a whole."

Shifting from standard time to daylight saving time magnifies heart health issues, including an increase in risk of heart attack, stroke and a dangerously abnormal heart rhythm, the AASM argued in a position paper published last fall in the Journal of Clinical Sleep Medicine.

There also tend to be more car crashes and emergency room visits due to accidents in the workplace and home, according to the paper.

Further, the misalignment of humans' internal clocks with the clock on the wall increases the risk of obesity, metabolic syndrome, depression and cancer, the AASM noted.

"We know that there are significant health consequences to the springtime change," said Erin Flynn-Evans, director of the NASA Ames Research Center Fatigue Countermeasures Laboratory, in Mountain View, Calif. "Overall, it doesn't make a whole lot of sense to be shifting our clocks out of alignment with our body clock time."

The change also affects the care patients receive from doctors. Recent research found an 18% rise in adverse medical events related to human error in the week after switching to daylight saving time, the AASM noted.

Human bodies run on an internal timer that doctors refer to as the circadian clock, Rishi said.

Daylight saving time messes with the body systems created through evolution to align waking and sleeping hours with the sun.

Believe it or not, the idea behind it started as a snarky joke by American founding father Benjamin Franklin.

In the spring of 1784, Franklin, the nation's first ambassador to France, wrote a satirical essay for the Journal de Paris titled "An Economical Project," arguing that the French could save money on candles and lamp oil if they woke earlier in the summer.

"Every morning, as soon as the sun rises, let all the bells in every church be set ringing; and if that is not sufficient? Let cannon be fired in every street, to wake the sluggards effectually, and make them open their eyes to see their true interest," Franklin wrote, tongue firmly in cheek.

Germany was the first nation to fully adopt daylight saving time as an energy-saving measure during World War I, and the Allies soon took up the practice as well.

But when we spring forward in March, we are fiddling with internal systems that we still don't fully understand, the experts said.

Daylight saving time makes it so there's less sunlight early in the morning and more in the evening.

That means that it's darker when most people must wake up for work, while daylight stretches further into the evening, Rishi and Flynn-Evans said. That might sound pleasant for after-work barbecues, but it's terrible for people's sleep schedules.

"If you're exposed to more light in the evening, one of the consequences of that is you're probably going to get less sleep, because your body is not going to be preparing you for sleep at that earlier hour," Flynn-Evans said. "But our social obligations don't change, so people have to get up in the morning to go to work or school. That leaves less time for sleep, because we have that later light exposure in the evening."

You might think that switching back and forth from daylight saving time would be no different than the jet lag you experience flying across the country, but Flynn-Evans says that's just not so.

"With real jet lag, you travel across time zones, which means your exposure to sunlight matches better the time zone you're in," she said. "When we just change our clocks but stay in the same time zone, it's harder for our bodies to adapt because the sun doesn't change. We're just changing our clocks."

The good news is that there's legislation in Congress to eliminate time changes, Rishi and Flynn-Evans said.

But the legislation calls for permanent daylight saving time, which sleep experts say is the wrong way to go.

The United States flirted with permanent daylight saving time during the 1973 energy crisis caused by the OPEC oil embargo, but the policy was highly unpopular and after a single winter, it was dropped, the AASM position paper noted.

There's evidence that the body clock fails to properly adjust to daylight saving time even after several months, because the artificial time change is so misaligned with the solar clock, the report said.

In fact, research has shown that the rate of heart attacks and strokes decreases after clocks switch back to standard time, Rishi noted.

"That suggests that maybe the rate of heart attack is elevated throughout the time we are on daylight saving time," Rishi said. "If that's true, that's obviously very concerning."

"If you were going to school at 8 a.m., once daylight saving time starts, from a sun clock standpoint you're going to school at 7 a.m.," Rishi said. "It negates all the progress that's been made for delaying school start times, which especially for high schoolers reduces the risk of accidents and has been shown to improve school performance."

The good news is that this weekend's impending clock change is the one that's better for people's health, the experts said.

"The fall time change is a good time for people to reset their clocks and maybe get a little more sleep," Flynn-Evans said. "For most adults, this time change is a pretty good one, because we do get that extra hour of sleep."