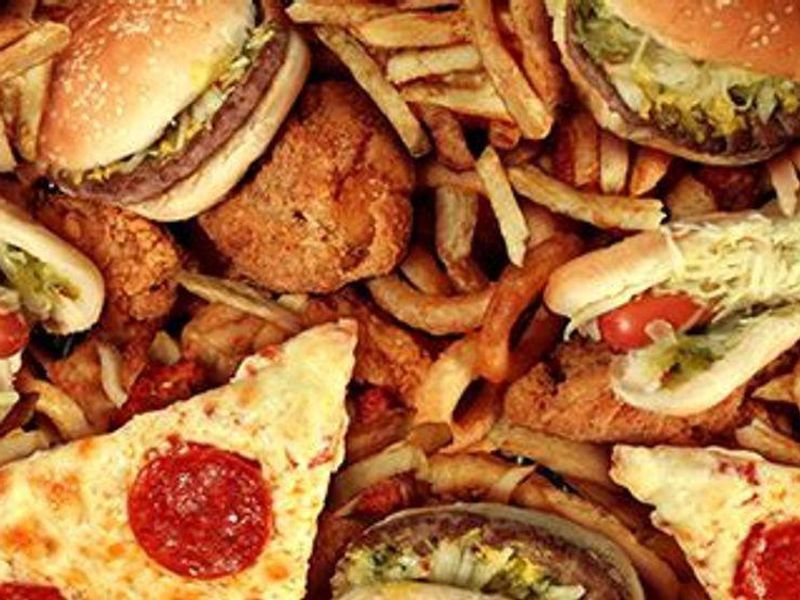 Would You Like Phthalates With That? Fast Food Contains Industrial Chemicals: Report

Do you like your burgers well done with a side of plastic?

Probably not. But a new study suggests that fast food often comes with a sizable helping of plastic-softening chemicals that could potentially lead to hormone disruption, infertility and learning disabilities.

At issue are phthalates and other so-called "replacement plasticizers." Manufacturers use these chemicals to help soften the plastics found in products that are routinely used when handling food. Those include gloves, conveyor belts, packaging, wrapping and tubes.

The problem: phthalates and their plasticizer cousins don't seem to stay in their lane, easily migrating into the foods with which they come into contact. The study's researchers warn that between 70% and 86% of the fast foods they tested contained some type of phthalate or plasticizer.

"We think our findings suggest that phthalates and replacement plasticizers are widespread in fast food meals," said study author Lariah Edwards. She's a postdoctoral scientist in the Department of Environmental and Occupational Health at George Washington University's Milken Institute School of Public Health in Washington, D.C.

The finding didn't strike Edwards as particularly surprising, given that items sold at fast food chains "are so heavily processed, packaged and handled."

Still, it's a significant concern, she stressed, "since fast food meals are such a large part of the American diet," and because "phthalates are known to disrupt hormones in humans, and are linked to a long list of health problems, such as reproductive and children's neurodevelopmental effects."

To gain insight into the issue, Edwards and her colleagues first purchased 64 food samples from a variety of fast food chains located in one American city. They also obtained three pairs of unused food handling gloves.

Both the food and the gloves were then tested for 11 different types of phthalates and plasticizers.

Ten of the 11 chemicals were found in the tested foods.

Cheeseburgers, chicken burritos and other meat products had the highest phthalate/plasticizer content, with much higher DEHT levels detected in burritos than in burgers.

On the upside, cheese pizzas were among the least contaminated foods, while French fries were found to be DEHT-free.

Because not all of these chemicals have been thoroughly studied, the precise harm they may pose to human health is not entirely clear, the team acknowledged.

But Edwards cautioned that until researchers get a better handle on the risk involved, consumers should know that "it is not only [about] processed foods" at fast food chains -- any food that's handled in any restaurant setting can be exposed to such chemicals, she noted.

With that in mind, Edwards said better oversight is needed, adding that she hopes "our work can be used by policymakers to help create stronger regulations to keep phthalates and replacement plasticizers out of our foods."

Meanwhile, one thing that people can do to limit potential risk is to "eat lower on the food chain." That, said Edwards, basically means limiting meat intake.

"However, we recognize that this strategy to reduce exposure is not always accessible to everyone," she added. So, she and her colleagues point to their own prior research, which suggests that home cooking is the safer bet, since people tend not to use problematic plastic gloves, packaging and the like when prepping food in their own kitchen.

That's a strategy echoed by Lona Sandon, program director of the department of clinical nutrition at UT Southwestern Medical Center in Dallas.

"Many fast food chains rely on meats, chicken and fish or other foods that are preformed, partially cooked, then frozen, packaged in plastic, and shipped to the restaurant site to be finished at the time of order," Sandon noted. "This gives plenty of time for these foods to sit wrapped in plastic."

And even relatively healthy food options are not immune to plastic exposure, she added, noting that "organic or not, the risk persists if the food is stored in plastic that has these chemicals."

The solution, said Sandon, is "eating less fast food and less food in general that is packaged in plastic. Prepare more fresh foods at home using fresh meats, chicken, or fish and produce."

Edwards and her colleagues published their findings Oct. 27 in the Journal of Exposure Science and Environmental Epidemiology.

There's more information on phthalates at the U.S. Centers for Disease Control and Prevention.