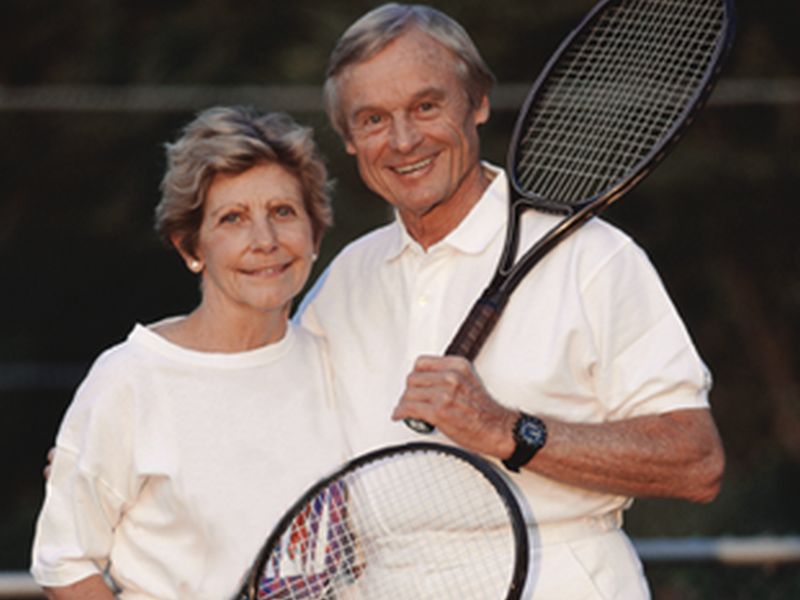 Your life partner has a much greater influence on your longevity than the genes you inherited from your family, according to a new analysis of the family trees of more than 400 million people.

"While it is a widely held belief that life span heritability ranges from approximately 15 to 30 percent, the findings discussed in this paper demonstrated that the heritability of human longevity is likely well below 10 percent," said lead researcher Cathy Ball. She is chief scientific officer for Ancestry, the popular genealogy website.

Earlier estimates were skewed because they didn't account for the strong influence that a person's spouse or life partner can have on their longevity, Ball and her colleagues said.

People tend to select partners who share traits like their own, the researchers explained. If you have a lifestyle that's going to contribute to a longer life, you'll likely choose a mate who shares that lifestyle.

Dr. Gisele Wolf-Klein is a geriatrician with Northwell Health in Great Neck, N.Y. She said, "Chances are you're going to try to partner with someone with equal interests in terms of health habits. If you find someone who wants to run a marathon with you rather than be a couch potato, chances are you'll keep running more marathons."

Wealth could be another nongenetic trait shared by mates, the researchers suggested. If income contributes to life span and wealthy people tend to marry other wealthy people, that could also add to their longevity.

After correcting for the effects of such mating, Ball's team concluded that genetics contributes not more than 7 percent to longevity, and possibly even less.

"The research findings expose the complex dynamics of longevity," Ball said. "Although there is a genetic component, this study shows that there is a major impact from many other forces in your life."

From there, the team refined the records until they wound up with a set of human pedigrees that included more than 400 million people, each connected to another by either birth or marriage.

Things got interesting when the researchers started looking at people related only by marriage. They found that siblings-in-law and first-cousins-in-law had similar life spans, even though they aren't blood relatives and generally don't live under the same roof.

Further analysis showed that factors important to life span tend to be very similar between mates. People are choosing folks who share values that will either shorten or extend longevity, the researchers noted.

The findings were published Nov. 6 in the journal Genetics.

"I think it's a very optimistic and positive message for us," said Wolf-Klein, who was not involved in the research.

"It outlines something that's becoming more and more obvious to all of us -- we have a certain control over who we are and what we become," she added. "Regardless of your genetics, if you adhere to good diet, good exercise, healthy habits, you can overcome some of the dooms of genetics."

The U.S. National Institutes of Health has more about longevity and genetics.