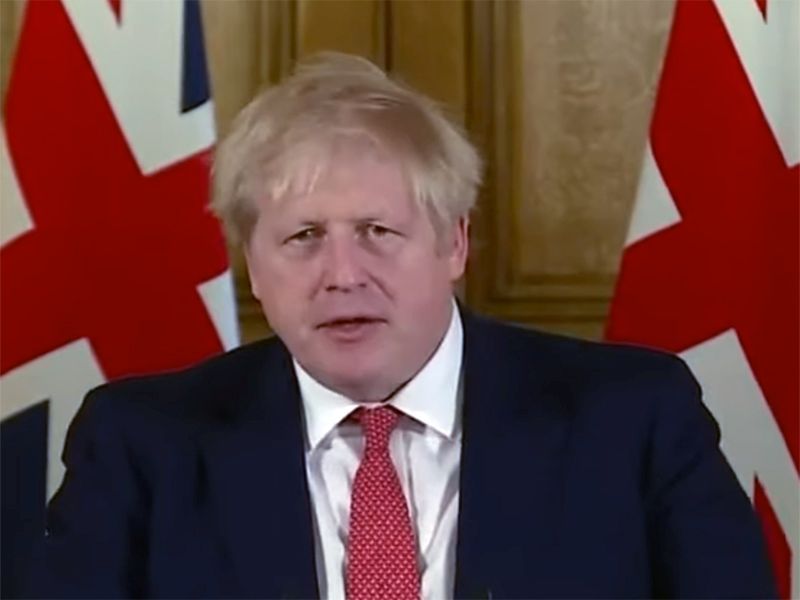 The new variant, which has since been found in numerous countries including the United States, was already known to be far more infectious than the original coronavirus. Some studies have suggested it is 50% to 70% more transmissible, the Washington Post reported.

But to make matters worse, Johnson and his advisers suggested during a media briefing that the new variant may kill more people who are infected with it.

"In addition to spreading more quickly, it also now appears that there is some evidence that the new variant -- the variant that was first identified in London and the south east [of England] -- may be associated with a higher degree of mortality," Johnson told the BBC News.

Still, Sir Patrick Vallance, the British government's chief scientific adviser, described the data so far as "not yet strong."

"I want to stress that there's a lot of uncertainty around these numbers and we need more work to get a precise handle on it, but it obviously is a concern that this has an increase in mortality as well as an increase in transmissibility," Vallance told the BBC News.

He noted that the data suggest that among 1,000 men in England aged 60 or older, the original virus would kill 10, while the new variant would kill 13 or 14, the Post reported. That amounts to roughly 30% greater mortality.

U.S. federal health officials have said recently that the British variant is likely to become dominant in this country by March.

Until now, public officials have stressed that the new variant did not appear to make people sicker or increase deaths.

Despite the concerning development, Johnson and Vallance both stressed that early evidence shows existing vaccines remain effective against the original virus and new variants.

In addition to the British variant, new mutations discovered in South Africa and Brazil are also being watched closely. Just this week, a new study suggested that people who have had COVID-19 or have been vaccinated might still be able to be infected with the South African variant, which hasn't yet been spotted in the United States.

"I think we should be alarmed," senior study author Penny Moore, an associate professor at the National Institute for Communicable Diseases in South Africa, told CNN. Her team's results were published on the preprint server BioRxiv, and have not been peer-reviewed yet.

Both experts stressed that people should still get the vaccine. It's extremely effective against other forms of the virus, and they think it likely will still give some level of protection against the new variants.

Visit the U.S. Centers for Disease Control and Prevention for more on the British COVID-19 variant.