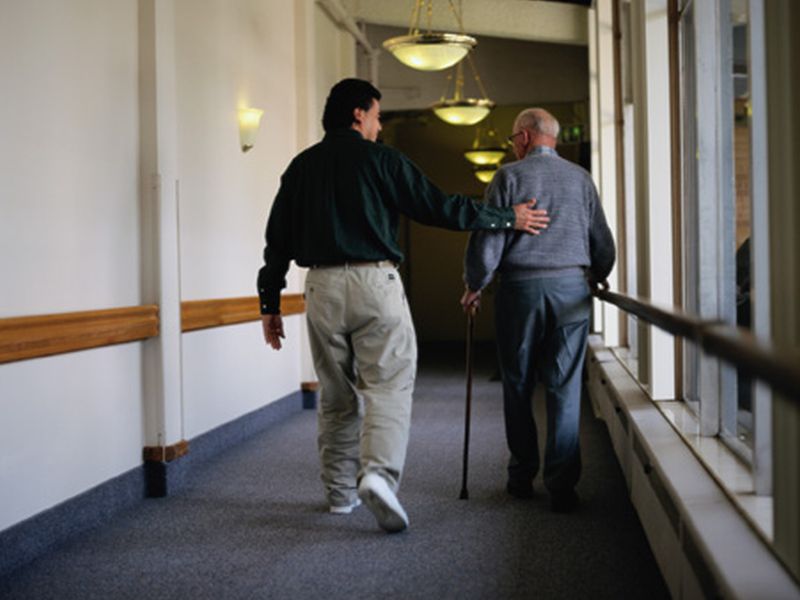 A genetic variant associated with Alzheimer's disease increases the risk of dementia in people with Parkinson's disease, researchers say.

The finding could lead to new treatments for dementia in Parkinson's patients, according to the team at Washington University School of Medicine in St. Louis.

Eighty percent of patients diagnosed with Parkinson's develop dementia within 20 years. Those who carry a particular variant of the gene APOE have an especially high risk, the study authors said.

The researchers found that Parkinson's-related proteins spread more rapidly through the brains of mice with the high-risk APOE4 variant, and that memory and thinking skills decline faster in Parkinson's patients who have the variant.

APOE4 is known to increase the risk of Alzheimer's disease by three to five times.

The study was published Feb. 5 in the journal Science Translational Medicine.

"Dementia takes a huge toll on people with Parkinson's and their caregivers," said lead author Dr. Albert Davis, an assistant professor of neurology. "The development of dementia is often what determines whether someone with Parkinson's is able to remain in their home or has to go into a nursing home."

These findings could lead to therapies that target APOE to slow or prevent mental decline in people with Parkinson's, the study authors said in a university news release.

About 930,000 people in the United States have Parkinson's disease, which is believed to be caused by a buildup of toxic proteins called alpha-synuclein in a brain area involved in movement. The protein clumps damage and can kill brain cells.

"Parkinson's is the most common, but there are other, rarer diseases that also are caused by alpha-synuclein aggregation and also have very limited treatment options," Davis said. "Targeting APOE with therapeutics might be a way to change the course of such diseases."

Davis noted that APOE doesn't affect the overall risk of developing Parkinson's or its progression, so an APOE-targeted therapy might slow or prevent dementia without improving movement problems. Even so, such therapy could be beneficial, he suggested.

"Once people with Parkinson's develop dementia, the financial and emotional costs to them and their families are just enormous," Davis said. "If we can reduce their risk of dementia, we could dramatically improve their quality of life."