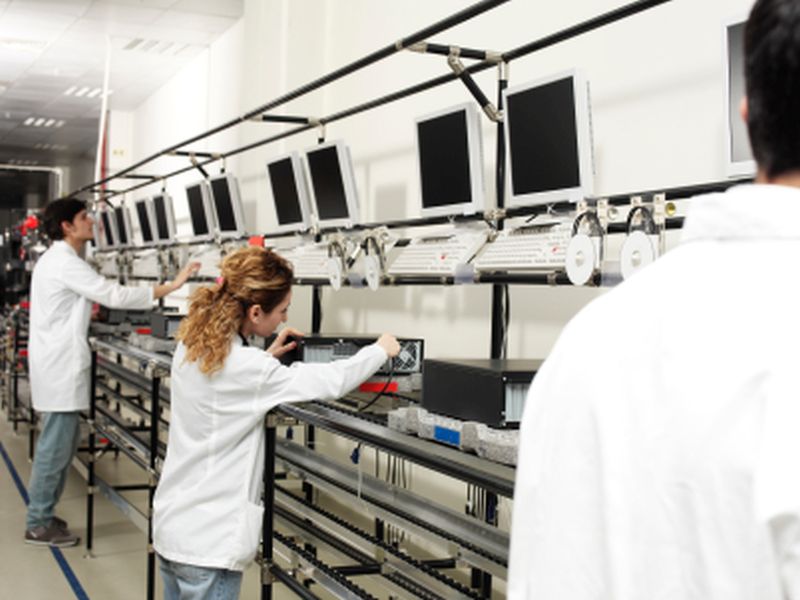 Women's Exposure to Solvents at Work Tied to Autism in Children

Children of mothers who are often exposed to solvent chemicals in the workplace appear to have an increased risk of autism, a new study finds.

The study of almost 1,000 families can't prove cause and effect, but researchers report that mothers of autistic children had more frequent exposure to solvents than mothers of children without autism. Overall, moms exposed to solvents were 1.5 times more likely to have a child with autism.

Exposure to other workplace chemicals seemed to have no effect on autism risk in offspring, the study found.

The study "results are consistent with earlier reports that have identified solvents as a potential risk factor for [autism spectrum disorders]," said a team led by Erin McCanlies. She's with the Health Effects Laboratory at the U.S. National Institute for Occupational Safety and Health.

One autism expert who wasn't involved in the study said it does give pause for thought.

"The fact that there was a weak association between solvents and autism spectrum disorders is concerning and should not be dismissed," said Dr. Andrew Adesman, who directs child and adolescent psychiatry at Cohen Children's Medical Center in New Hyde Park, N.Y.

He stressed, though, that the association failed to reach statistical significance "when needed adjustments were made for this analysis."

On the other hand the study sample was relatively small, so a larger population might reveal a stronger connection, Adesman said.

In the study, McCanlies' team analyzed the personal, health, and job history information of parents of 537 children with autism, as well the parents of 414 children without autism.

This included examining 750 mothers' and 891 fathers' exposure to 16 workplace chemicals or other substances linked to neurological and/or congenital abnormalities from three months before pregnancy through to the birth of the child.

Exposure among mothers and fathers to the other workplace agents was not associated with an increased risk of having a child with autism, even when exposures of both parents were combined, according to the study. The findings were published online June 27 in the journal Occupational & Environmental Medicine.

Solvents can be absorbed through the skin and lungs, and many remain in the body, including in the brain, the researchers explained in a journal news release.

Dr. Kenneth Spaeth is chief of occupational and environmental medicine at Northwell Health in Great Neck, N.Y. Reviewing the new study, he said that it "adds important information to the body of scientific literature regarding the potential role of environmental risk factors for autism spectrum disorders.

"While many of these solvents are well-known to be damaging to the brain and nervous system, the precise mechanism as to how parental exposure could result in autism spectrum disorder has not been worked out," Spaeth added.

More research is needed, he said, but in the meantime, "caution around these chemicals may be appropriate for parents-to-be and for employers who handle these solvents."

Recent data suggest that 1 in every 68 children in the United States has autism.

The U.S. Centers for Disease Control and Prevention has more on autism.