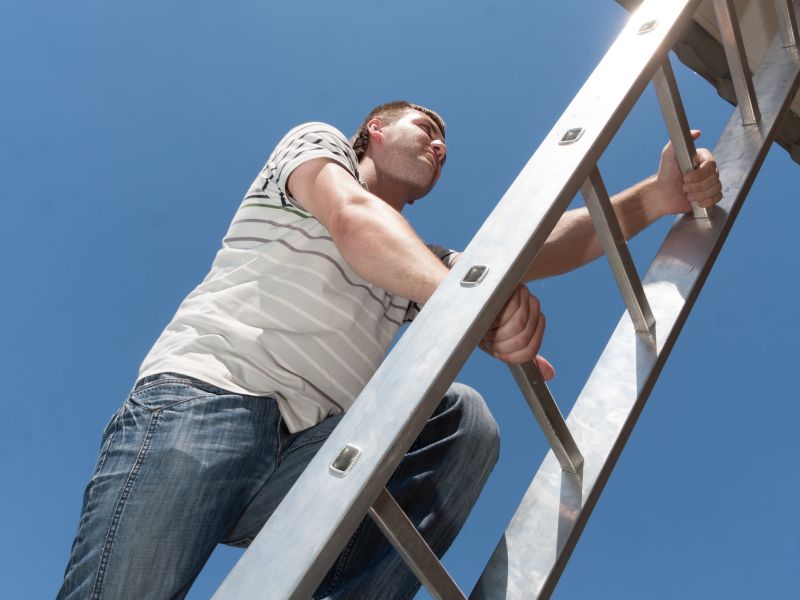 Falling off a ladder can cause long-lasting mental and physical health problems, researchers say.

The new study included 134 people who fell off ladders and were seen at the emergency departments of two hospitals in Queensland, Australia, between October 2015 and October 2016.

More than half of the patients were men over 55 and most were injured while doing chores around the house.

"Ladder falls go far beyond that of the physical injury; they significantly impact a person's mental health and the whole family," said study author Rob Eley, academic research manager on the faculty of medicine at the University of Queensland.

"It's frustrating because ladder-related falls are frequently preventable, yet they're a common cause of injuries presented at the emergency department," he added in a university news release.

Patients spent an average of five days in the hospital, and the most common injuries were fractures of the spine, ribs, leg, wrist, arm and pelvis, as well as traumatic pneumothorax, or collapsed lung, the study found.

Of patients who were employed at the time of their fall, 80% were off work for at least four weeks, and 16% couldn't return to work or perform their normal duties after six months.

The researchers said half of the patients experienced a decline in their mental well-being for at least six months after their fall, according to findings published recently in the journal PLOS One.

Those patients had sleeping problems, anxiety, depression and pain long after leaving the hospital, the study authors said.

"We suggest that at the place of purchase, older men are targeted to reinforce safety instructions, and perhaps are provided with mandatory stabilizing features," he said.

And, Ely added, remember this: It's OK to ask for help or hire someone to complete tasks that require a ladder.