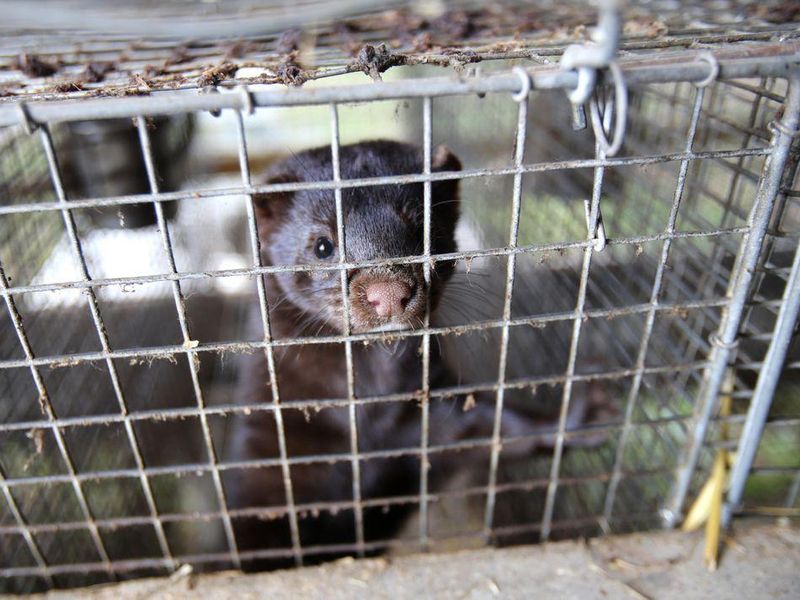 Could Mink Ranches Launch the Next COVID-19?

That's because in mink and other carnivorous (meat-eating) animals, three key genes required to detect and respond to infection by pathogens have lost their function. If these genes were working, they would activate inflammatory responses to fight off these disease-causing organisms.

But this defect in carnivores' immune system makes these animals likely to be asymptomatic carriers of pathogens.

That means that having large numbers of carnivores in one place -- such as a mink farm -- could lead to the formation of undetected "disease reservoirs" that enable pathogens to mutate and become a risk to humans, the researchers explained.

"We've found that a whole cohort of inflammatory genes is missing in carnivores -- we didn't expect this at all," said senior study author Clare Bryant, a professor in the Departments of Medicine and Veterinary Medicine at the University of Cambridge in England.

"We think that the lack of these functioning genes contributes to the ability of pathogens to hide undetected in carnivores, to potentially mutate and be transmitted, becoming a human health risk," she added in a university news release.

"When you have a large population of farmed carnivorous animals, like mink, they can harbor a pathogen -- like SARS-CoV-2 and others -- and it can mutate because the immune system of the mink isn't being activated. This could potentially spread into humans," Bryant explained.

The COVID-19 pandemic is believed to have originated in wild animals.

Carnivores -- which include dogs and cats -- are the biggest carriers of zoonotic pathogens, which can jump from animals to humans.

Despite the findings, there is no reason for people to be concerned about dogs and cats spreading COVID-19 because there is no evidence that these pets carry or transmit the coronavirus, the researchers said.

The threat of disease transmission to people only occurs when large numbers of carnivores are kept together in close proximity, the authors noted.

The findings were published Aug. 24 in the journal Cell Reports.

The U.S. Centers for Disease Control and Prevention has more on zoonotic diseases.