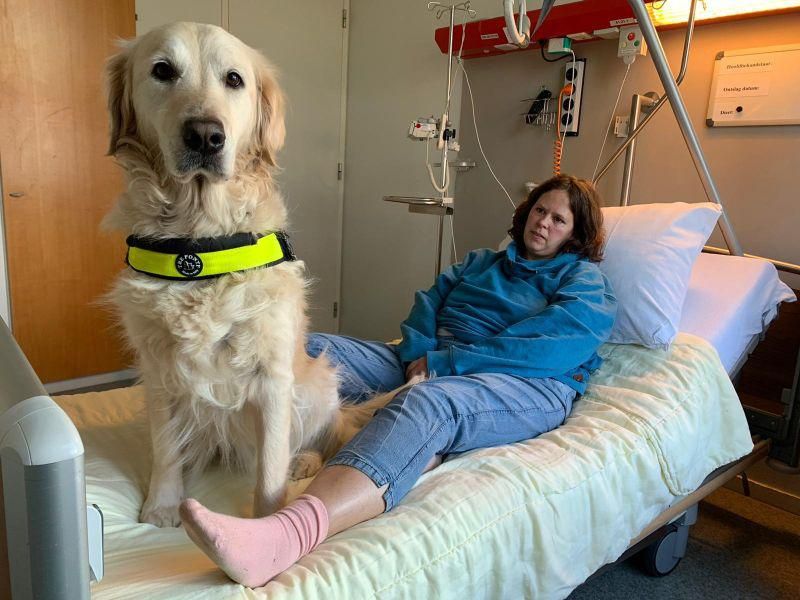 Could the paws of assistance dogs be cleaner than the soles of your shoes?

Yes, claims a new study that calls for allowing assistance dogs to accompany their owners in all public places.

To prove their point, Dutch researchers tested the paws of 25 assistance dogs and the soles on the shoes of their owners for two types of bacteria, Enterobacteriaceae and a diarrheal bacteria called Clostridium difficile.

For comparison, they also tested the paws of an equally large group of pet dogs and their owners.

"The dogs' paws turned out to be cleaner than the soles of their shoes," said study author Jasmijn Vos, a master's student at Utrecht University.

"This makes the hygiene argument that is often used to ban assistance dogs from public locations invalid," she said in a university news release.

More than 10,000 people in Europe use an assistance dog, and 81% of assistance dog users in the Netherlands say they regularly experience problems with being refused entry to public places with their dogs, even though the law allows it. This is mainly because of lack of knowledge of the person refusing entry, the researchers said.

These guide dogs are used by people who have a visual impairment, hearing impairment or other medical or psychiatric needs.

The study also showed that assistance dog users represented only a small fraction of the total number of patients in Dutch hospitals.

The findings were published recently in the International Journal of Environmental Research and Public Health.

The researchers said that if people who use an assistance dog want to bring them into a hospital or another location, this should be allowed.

The U.S. Department of Justice answers some frequently asked questions about the Americans with Disabilities Act and service dogs.