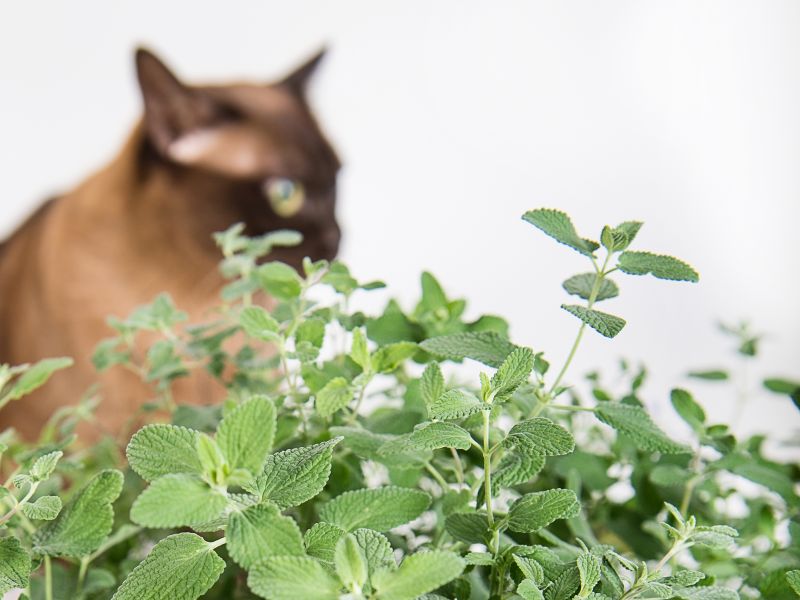 Genome of Catnip Reveals How It Makes Cats Nuts

Scientists say they have unlocked the secret to what causes catnip, or catmint, to drive cats crazy.

The plant comes from the mint family. It contains enzymes called iridoids that help defend it from being eaten by plant-eating animals. One particular iridoid, nepetalactone, can send cats into a frenzy, the researchers said.

Unlike other types of plants in the same family, including basil, oregano, rosemary, lemon balm and mint, which over time have lost the ability to produce iridoids, catmint still does.

"We discovered a suite of unusual enzymes which generate nepetalactone molecules. These enzymes are not found in any related plant species and have evolved uniquely in catmint," said researcher Benjamin Lichman, from the University of York in England.

For the study, researchers compared the genomes of two catmint species to a closely related plant, hyssop, which doesn't produce iridoids. This approach enabled the researchers to understand the chronology of events that led to the emergence of nepetalactone.

"When we first saw the genome sequence of catmint, we realized that the important genes that we hypothesized were active in the formation of nepetalactone were next to each other in the genome. This allowed us to solve the problem more easily," Lichman explained.

The report was published May 13 in the journal Science Advances.

"Catmint provides a great model example for studying these processes. We are now trying to modify the chemicals present in the catmint plants," said researcher Sarah O'Connor, director of the Department of Natural Product Biosynthesis at the Max Planck Institute for Chemical Ecology in Jena, Germany.

"Plants are constantly evolving new chemistry. With our research, we would like to get snapshots of this evolution in action," O'Connor said in an institute news release.

For more on catnip, head to the Humane Society of the United States.