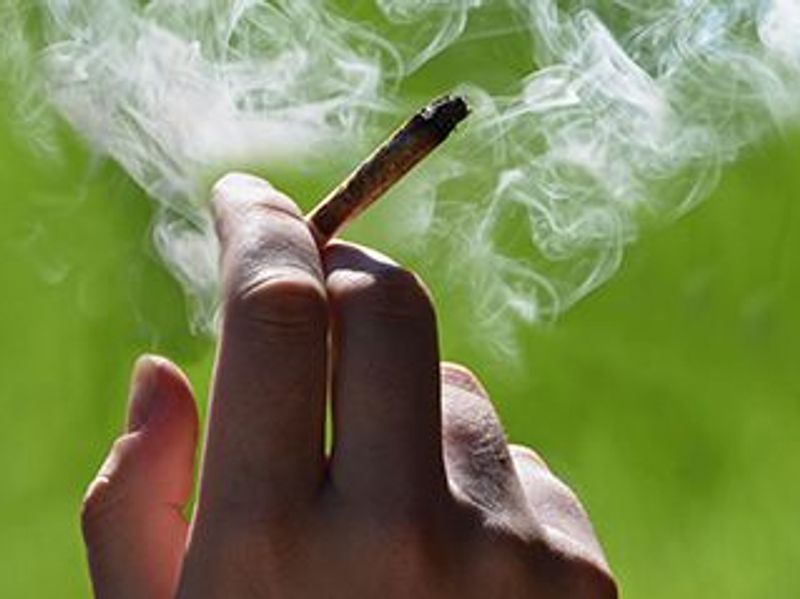 Too Much Pot During Pregnancy May Endanger Baby's Health

Women who use marijuana heavily during pregnancy are more likely to give birth prematurely or have an underweight newborn, a new study suggests.

Researchers found that babies born to moms with problem marijuana use -- what doctors call cannabis use disorder -- faced some higher risks than other newborns.

The study, of 4.8 million births in California, comes at a time when U.S. women are increasingly using marijuana during pregnancy.

Experts said the findings cannot prove the drug itself caused the early births or stunted fetal growth. But they said the safest course is for pregnant women to avoid taking any unnecessary substances -- including marijuana in its various forms.

"There's a common misconception that because [marijuana] is a plant, it's safe," said Dr. Nora Volkow, director of the U.S. National Institute on Drug Abuse, which funded the study.

That notion, along with legalization of recreational marijuana use in many states, has helped spur an increase in Americans' use of the drug. That includes pregnant women, Volkow said.

As for the potential risks to babies, studies have come to mixed conclusions.

It's challenging, Volkow said, to separate the effects of prenatal marijuana from other factors -- notably cigarette smoking.

Of women who use pot during pregnancy, 80% also smoke cigarettes, Volkow said.

The new study, published April 22 in the journal Addiction, was large. That gave the researchers a chance to zero in on women who used marijuana regularly but not tobacco.

And, Volkow said, it focused on cannabis use disorder, which captured pregnant women who used marijuana heavily. Past studies, she said, have lumped in occasional users with regular ones, which may "dilute" any effect linked to habitual marijuana use.

Cannabis use disorder may be diagnosed when a person has more than one sign of problem use -- such as strong cravings to take the drug, withdrawal symptoms, and continuing to use it even when it's causing problems at work or in relationships.

Babies born to those moms were more likely to be born early and underweight, versus babies whose mothers did not have the disorder but were similar in terms of race, education and overall health.

The risks were greater when moms used both marijuana and tobacco. But pot use was a risk factor regardless of cigarette smoking, the researchers said.

And while few babies died during the first year of life -- fewer than 1% -- those whose moms used marijuana heavily had a 35% higher risk.

"That was a surprising finding," Volkow said. "It will need to be replicated in other studies, because that's the first time it's been reported."

Yuyan Shi, an associate professor at the University of California, San Diego, led the study.

She stressed that it cannot prove cause and effect. "Because we looked only at medical records, there's a lot we don't know about the mothers and infants," Shi said.

But, she added, the findings do bolster existing recommendations that doctors screen pregnant women for cannabis use disorder.

There is evidence from animal research that marijuana may have direct effects, Volkow said. Lab studies show that high doses of marijuana can impair fetal growth and development.

Volkow noted that THC -- the substance responsible for the marijuana "high" -- crosses from the blood to the brain, and can also cross the placenta.

People often believe that "edibles" are a safer way to consume marijuana. But while there's no smoking involved, Volkow said edibles have their problems.

"It takes longer for the effects of edibles to emerge, so people may keep taking more," she said. They can end up consuming a THC dose large enough to land them in the emergency room.

Volkow encouraged women to talk to their doctor if they have trouble quitting marijuana on their own.

While few women in this study had a diagnosed marijuana use disorder, the problem is almost certainly under-recognized, according to Volkow. Many people, she said, don't realize they have a problem until they try to cut back, and find that they can't.

The U.S. National Institute on Drug Abuse has more on marijuana and pregnancy.